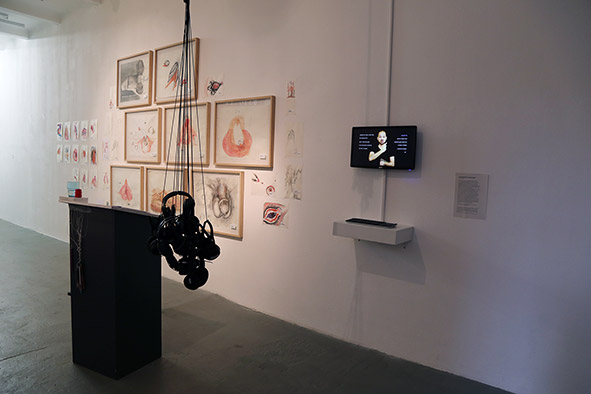 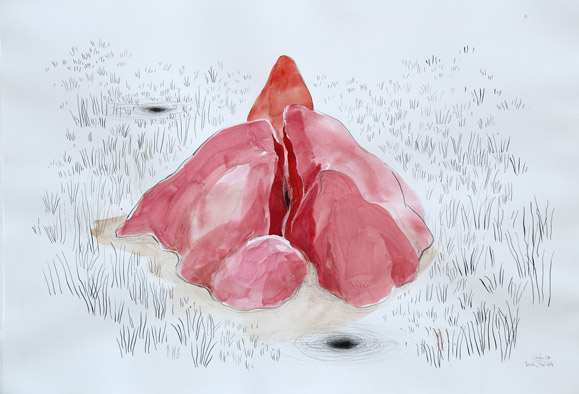 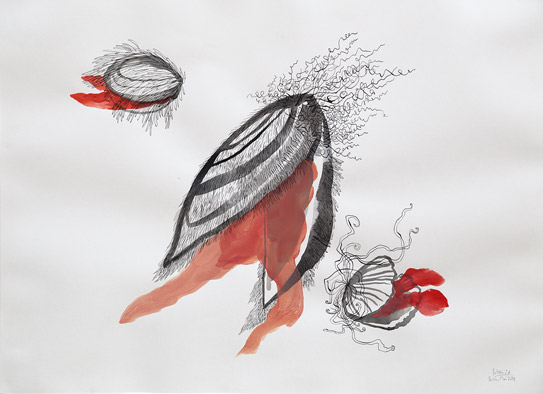 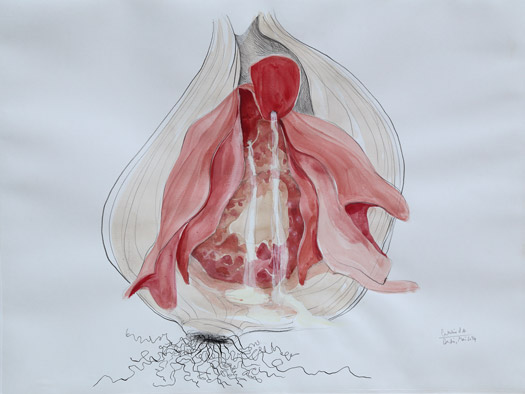 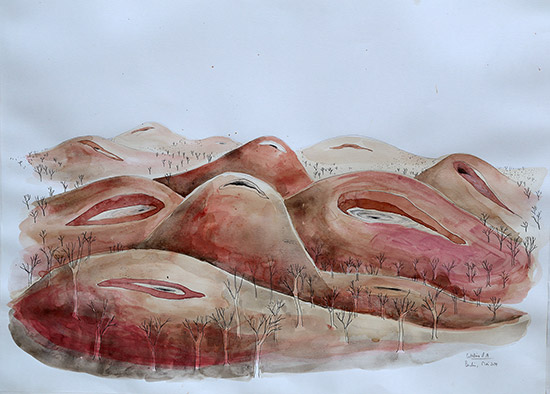 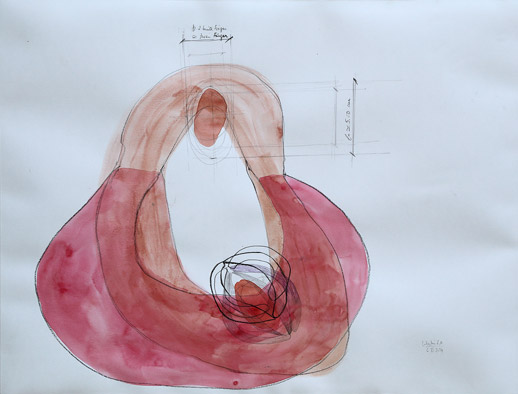 (2014, Giegold&Weiß)
“Genital Call” is an audio-visual installation addressing genitals. The call was directed – mainly but not exclusively - at cis*sexual1 people and asked them to describe their genitals in a short text. Professional court sketch artists were commisioned to visually realize these descriptions. They were asked to forget their knowledge about genitalia when drawing. Visitors are welcome to add their own outlines to the court sketch artists’ interpretations.

The submitted texts were narrated by eleven speakers and are audible via headphones and visually realized in sign language on screen.

The call was mainly directed at cis*sexual people in order to place genitalia socially classified as “natural” and “normal” in a legal context exposing them to a distortion caused by the shift of media. In terms of penisses and vulvas most people think of unambigiously distinct genitalia whereby human beings can be divided into two categories. This assumption is buttressed by German legislation.

The idea for the “Genital Call” originated from the debate about lawsuits in England, Israel and Scotland, where – mostly very young - people were partly sentenced to several years of imprisonment because they had not revealed their gender assigned at birth and the looks of their genitalia when meeting new (potential) partners.

1 A cis*sexual person identifies with the gender assigned at birth, e.g. your birth certificate states ‘female’ and you identify as a woman.